M.C.S. Facchetti specialises in the design and construction of large technically complex moulds used in the following production processes:

The passion handed down by the founding members, today meets a strong flair for development. This distinguishing innovative spirit, together with the specialized technical skills of our collaborators, make us a strategic reference point in the automotive, truck, telecommunication, sanitary, packaging and industrial applications sectors.

Synergistic collaborations with the main European steel mills, but also with universities and research centres in the sector, help us respond proactively to the needs of our customers, without leaving out any detail along the process and life cycle of the product.

The constant investment in cutting-edge production technologies and in the best software solutions, allow the creation of particularly technically complex large moulds, guaranteeing the best performance of the equipment in terms of reliability and productivity together with the best construction times found on the market.

The focus on continuous improvement is complemented by an entrepreneurial vision that sees the quality and safety of the work environment, the involvement and development of employees' skills, as an important lever of competitive advantage.

Our story
1977 The spouses Pietro Facchetti and Brigida Cappa founded M.C.S. Meccanica Costruzione Stampi, in Mura (BS) - Italy.
1981 M.C.S. purchased a system for the heat treatment of steel components, thus in-sourcing a crucial phase of the manufacturing process of high quality moulds.
1984 Addition of the first CNC machining centre.
1987 The introduction of the first CAD and CAM software marked the beginning of the era of assisted design and manufacture.
1995 Through state-of-the-art software for die casting and injection mould filling simulation, the technical department obtained information on the specific moulding process on which to rely for the best design.
1998 M.C.S. was one of the first companies in the sector to certify its quality management system to ISO 9001.
2000 The company moved to its new headquarters, which extend over an area of 15,000 square metres, 3,500 of which covered.
2010 Each machining centre was equipped with optical sensors and measuring software that carry out automatic checks at the end of each machining cycle.
2015 The Production Manager Mr Fulvio Dusi received the "Long service star”, an award bestowed by the Italian Republic to workers who have distinguished themselves for particular merits of expertise, hard work and moral conduct in the company.
2019 M.C.S. Facchetti was awarded the Excellence of the Year for Innovation & Leadership in Mould production at the Le Fonti Awards, for two consecutive years.
2020 M.C.S. Facchetti invested in its own abilities, even in the ability of not stopping during the most complicated periods. A new production facility dedicated to the assembly of moulds and heat treatment was opened in 2020.
THOUGHT AND VISION M.C.S. Facchetti was founded and evolved thanks to the passion and commitment of its founders and its collaborators. Since its inception, it has been in many ways a "different" company and wants to continue to be just that. In the complex and rapidly evolving scenario in which the company operates, striving for excellence and continuous innovation, M.C.S. Facchetti plans its future through: Dalla sua nascita è stata sotto tanti aspetti un’azienda “diversa” e vuole continuare ad esserlo. Nello scenario complesso e in rapida evoluzione in cui opera, mediante una tensione all’eccellenza e all’innovazione continua, M.C.S. Facchetti progetta il suo futuro attraverso:

Our company in figures
0 years of history
0 employees
0 moulds produced
0% annual turnover reinvested in technology and innovation
M.C.S. Facchetti is a recognized Cribis Prime Company
What is CRIBIS? CRIBIS D&B (Crif SpA group) is a highly specialized company with top skills in business information, born from the strategic alliance between CRIF, a European leader in credit information and decision support systems, and Dun & Bradstreet, world leader in the business information sector with 175 years’ experience.
What does it certify? The Cibis Prime Company award is the highest level of assessment of the reliability of an organization and is only and exclusively granted to companies that maintain a consistently high reliability and are economically and financially consistent with payments to suppliers.
On the basis of which parameters is it awarded? The award is granted based on the analysis of numerous variables such as company seniority, balance sheet data, and payment records. The parameters are assessed according to the CRIBIS D&B Rating, a dynamic and constantly updated indicator that measures the commercial reliability of a company.
Download the certificate
Since 2011 – Association of Italian manufacturers of moulds and precision equipment 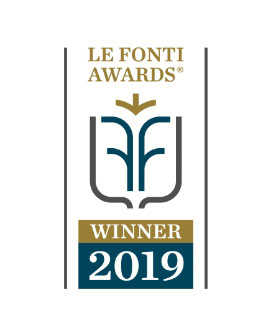 M.C.S. Facchetti, Italian excellence "Excellence of the Year for Innovation & Leadership in Precision Mould Production"": this is the recognition that M.C.S. Facchetti received - for the second consecutive year - during the Le Fonti International Awards ceremony, the annual award for the best protagonists in the industrial, professional and financial sector, held on November 7, 2019 at Palazzo Mezzanotte, headquarters of the Italian Stock Exchange in Milan.
The award was given to our company with a motivation that celebrates its leadership in the sector, its presence on the market for over 40 years, the attention to the training and enhancement of human resources as well as the continuous investment in cutting-edge technologies. All these aspects contribute to guaranteeing the excellence of our products and services.